Orchids of the Aude – Part One

A unique opportunity to discover some of the top orchid spots in the Aude with local orchid specialist Daniel Vizcaino and local botanist Benjamin Gilbert.

The Aude county has over 90 recorded species of wild orchid and further trips will explore other areas at other times of the season.

Discount available for 7 or more participants booking together. 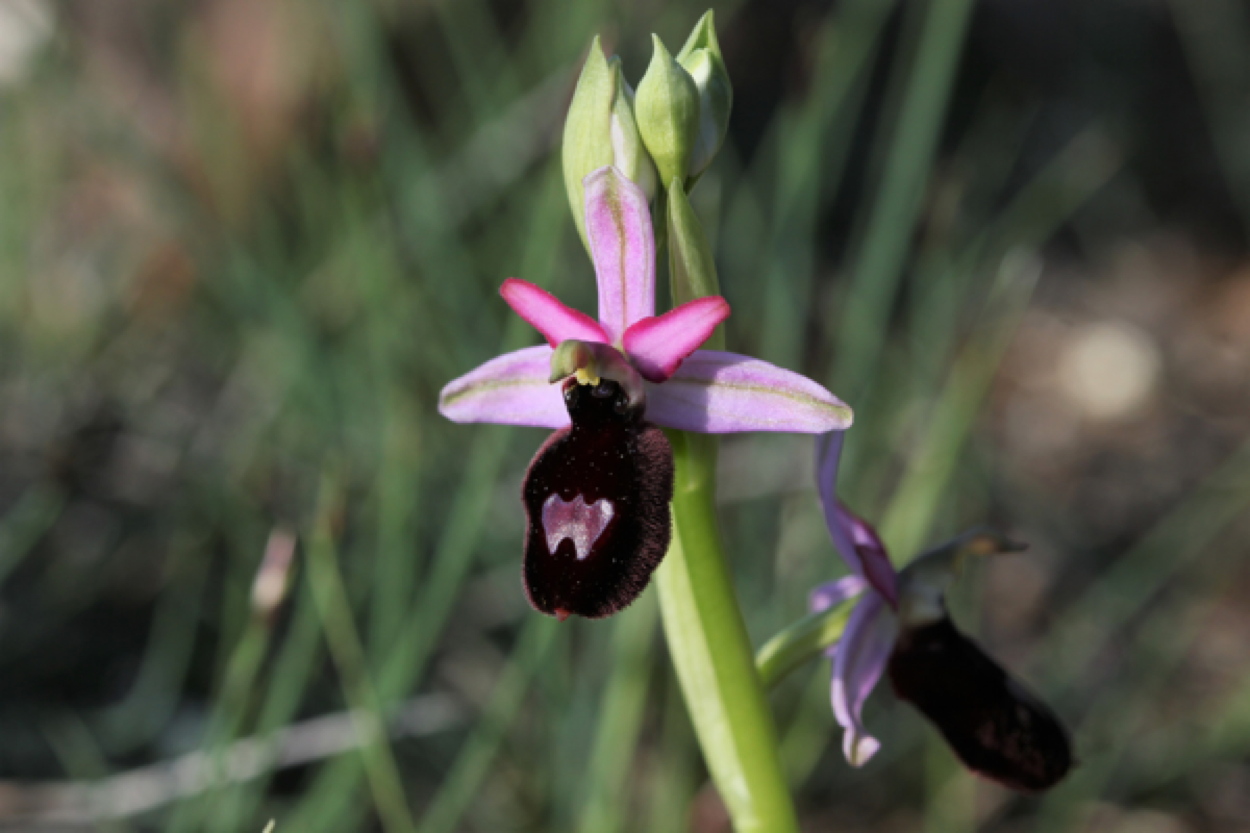 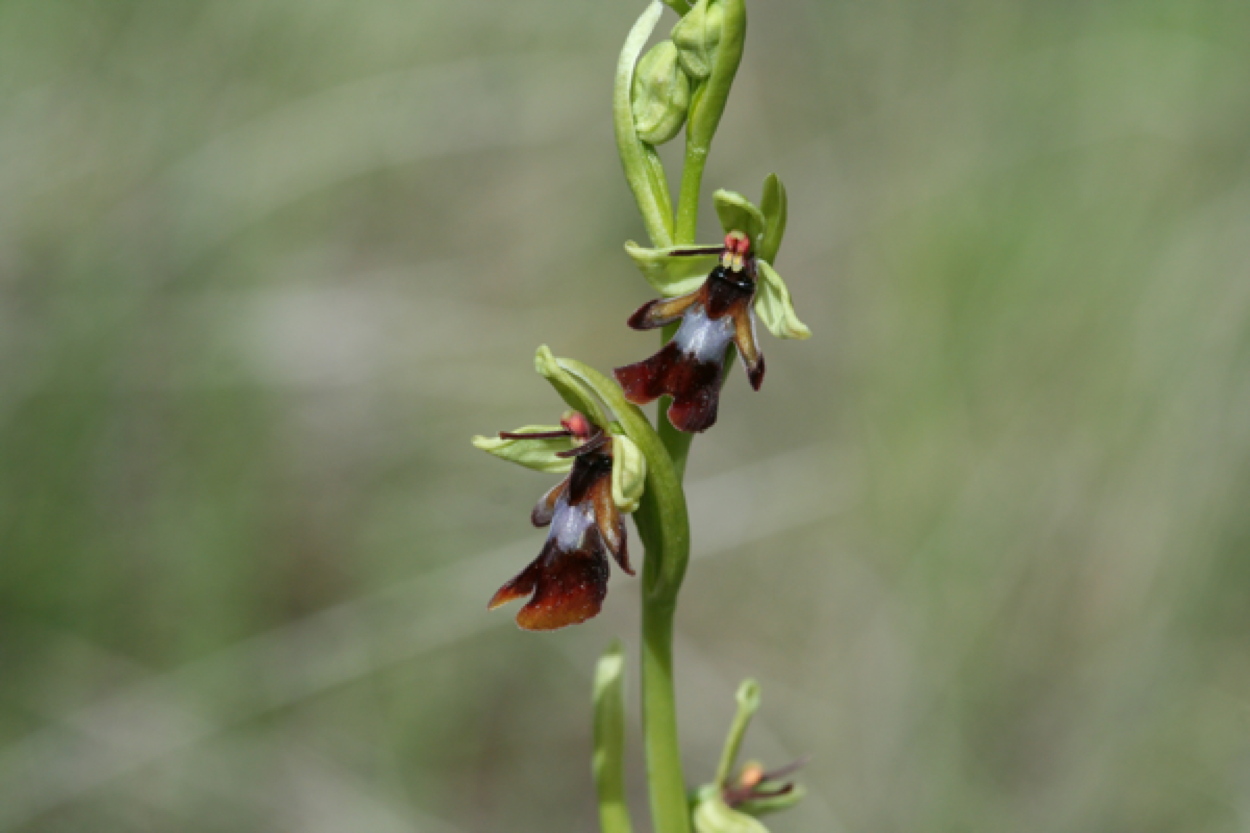 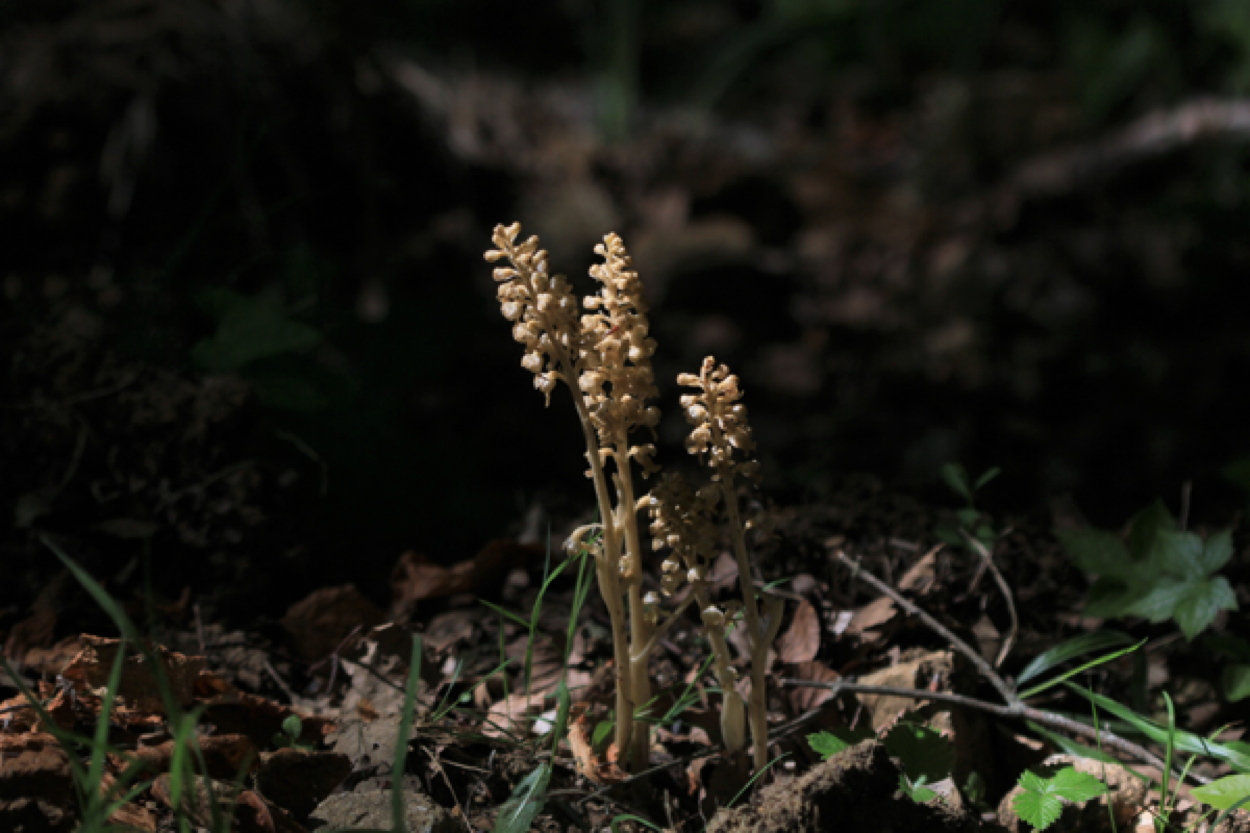 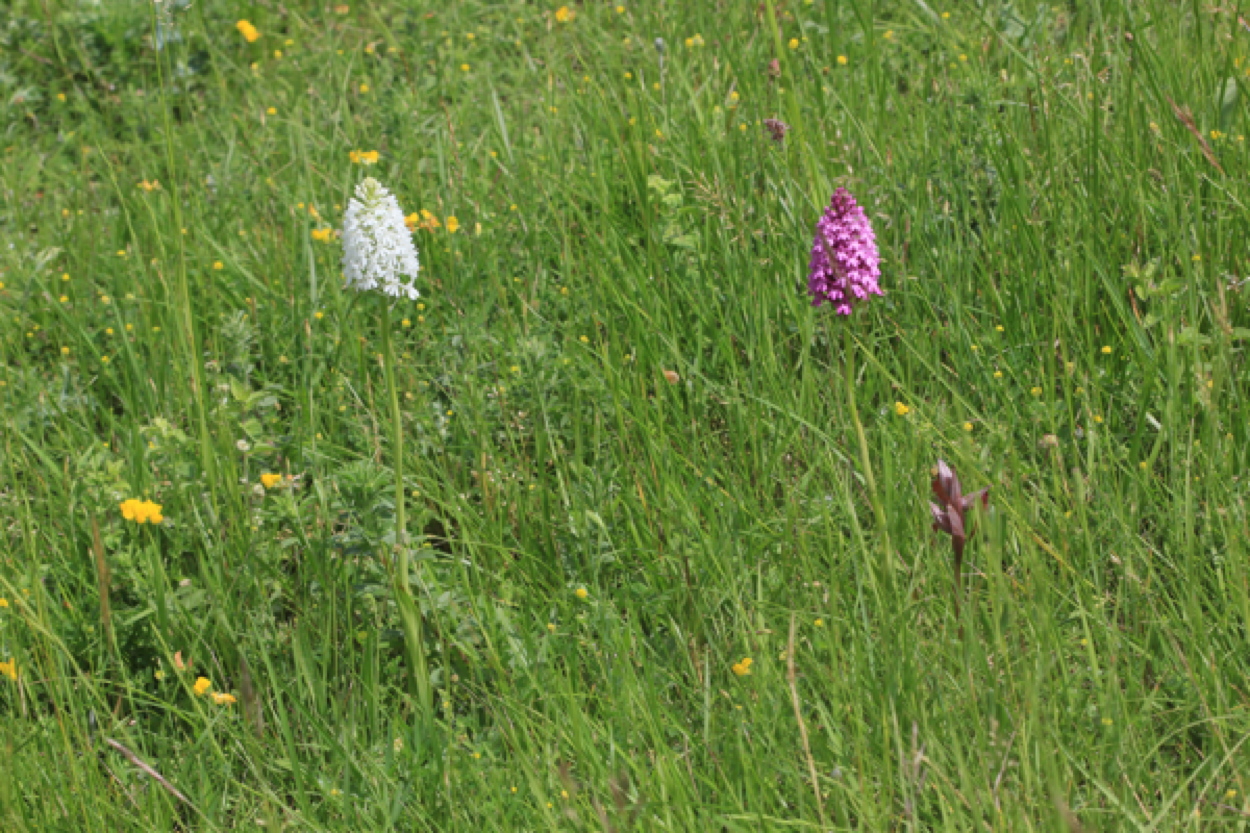 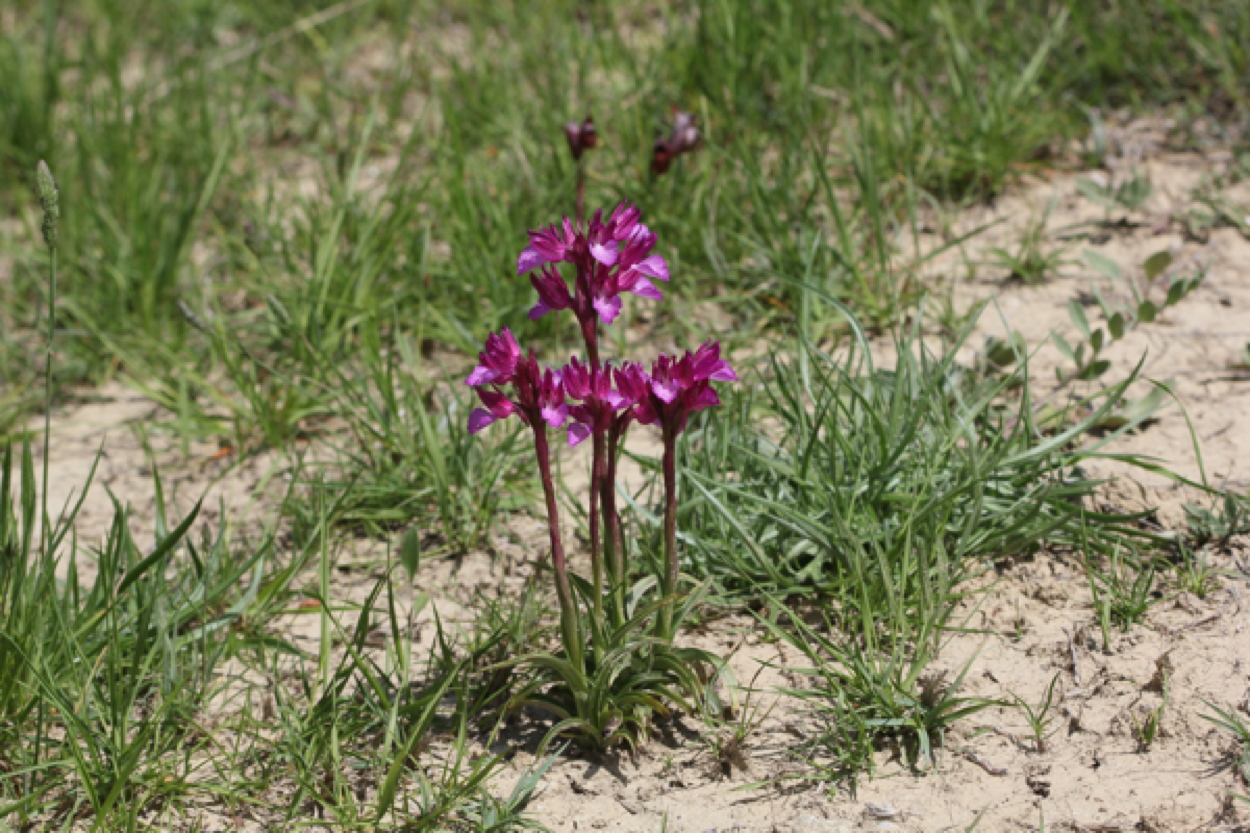 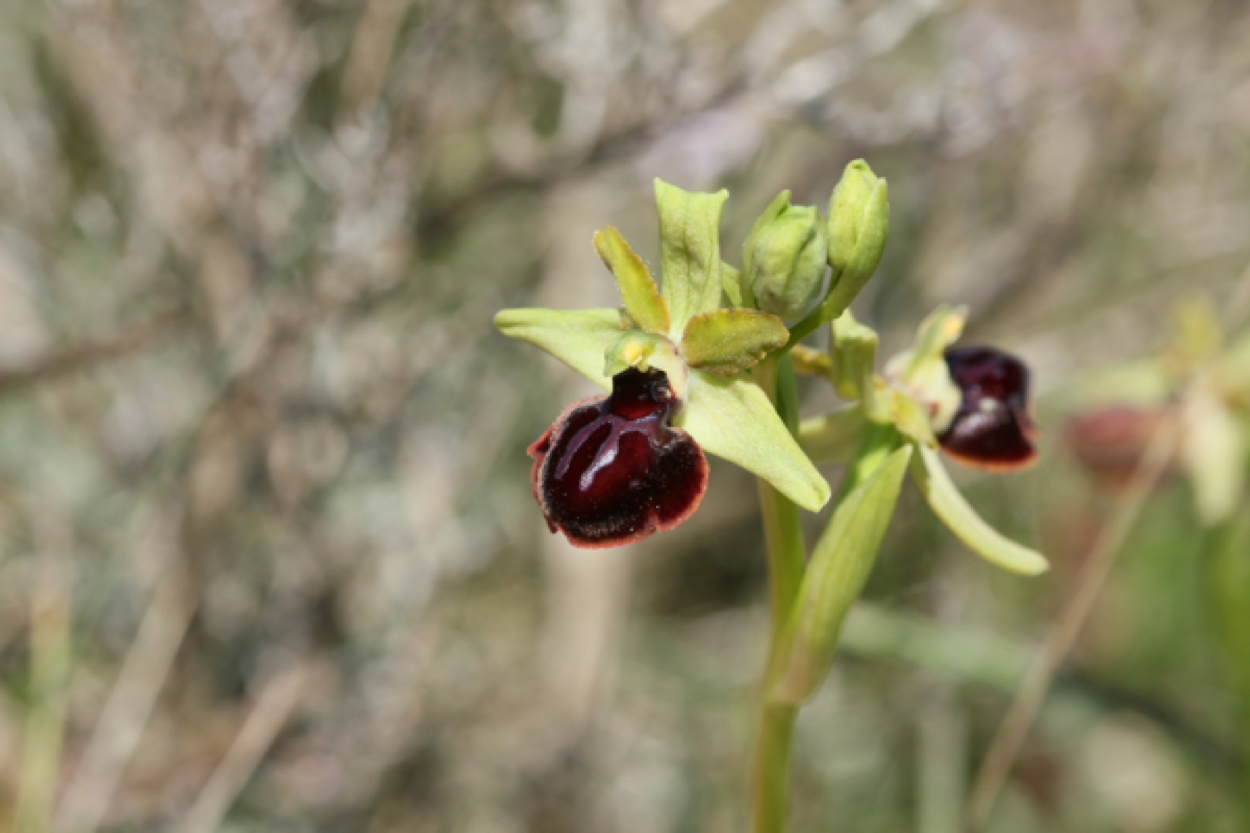 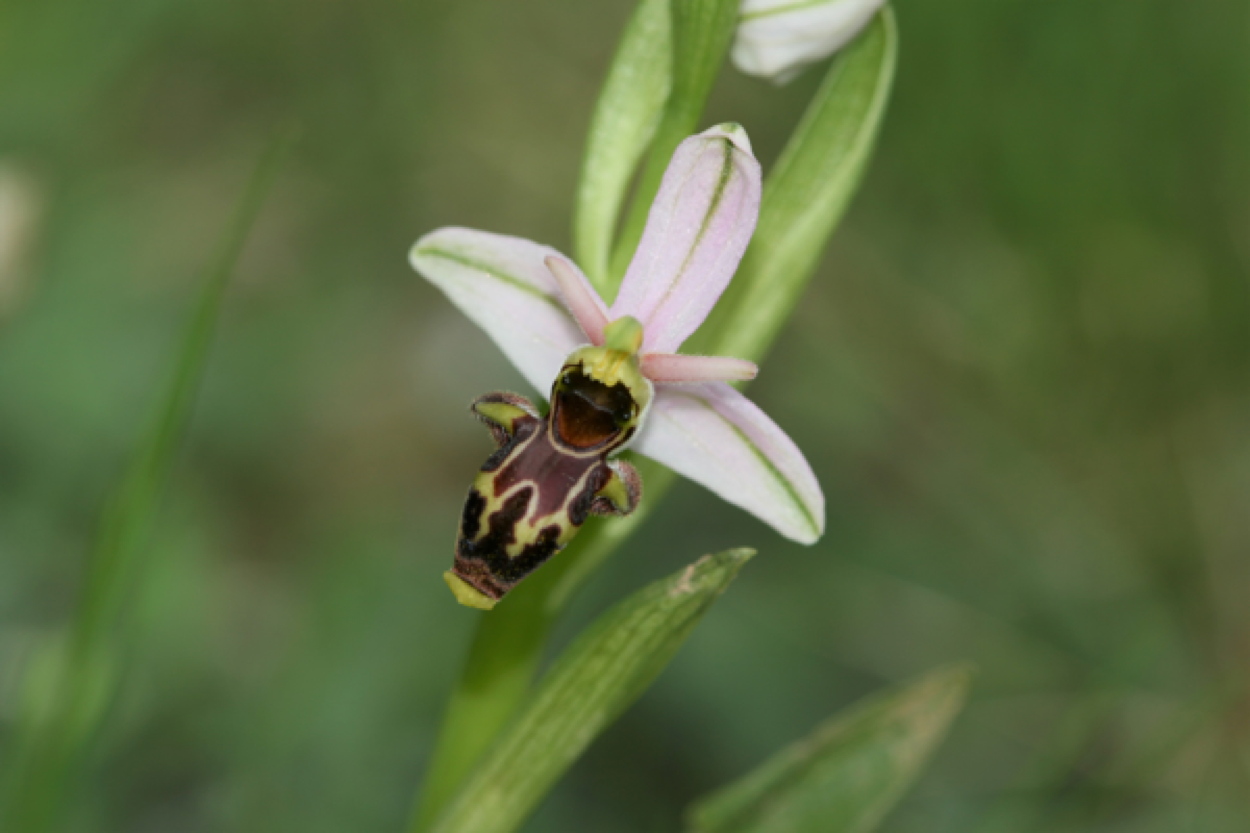 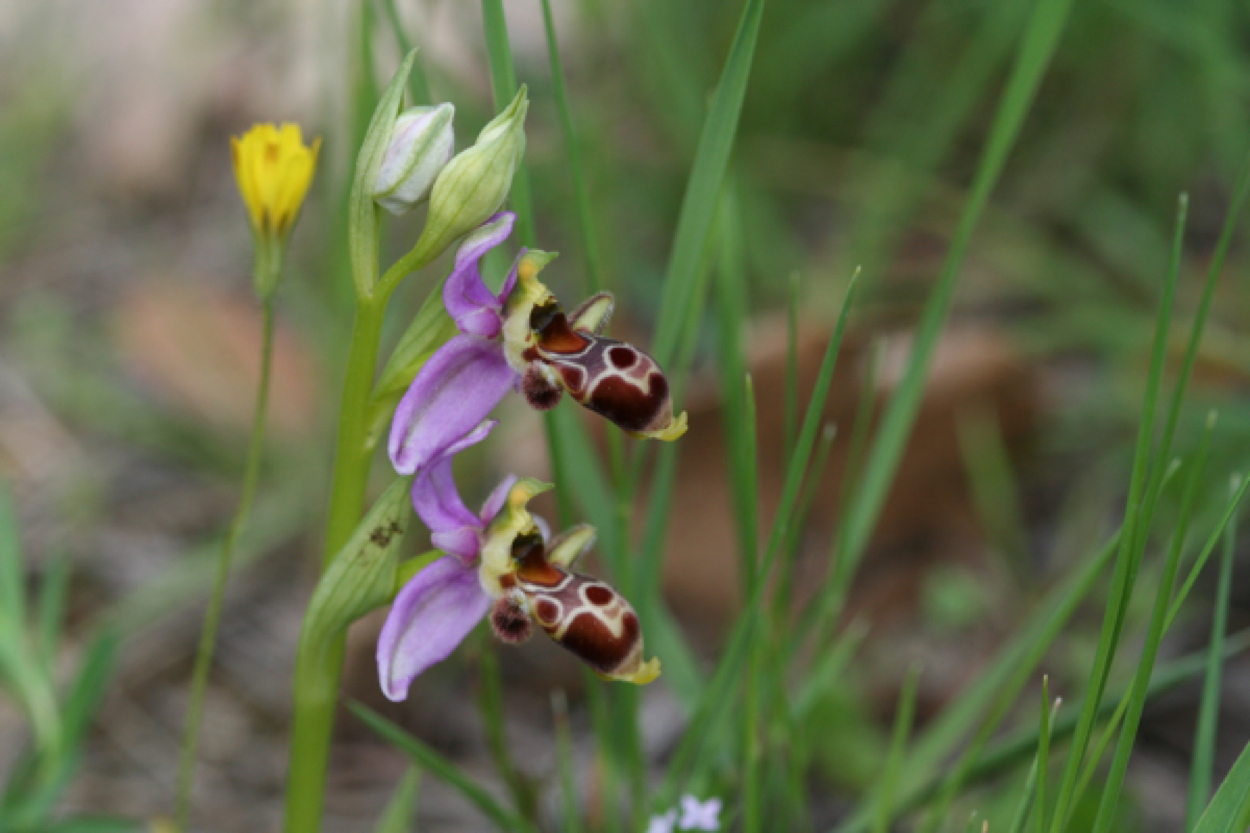 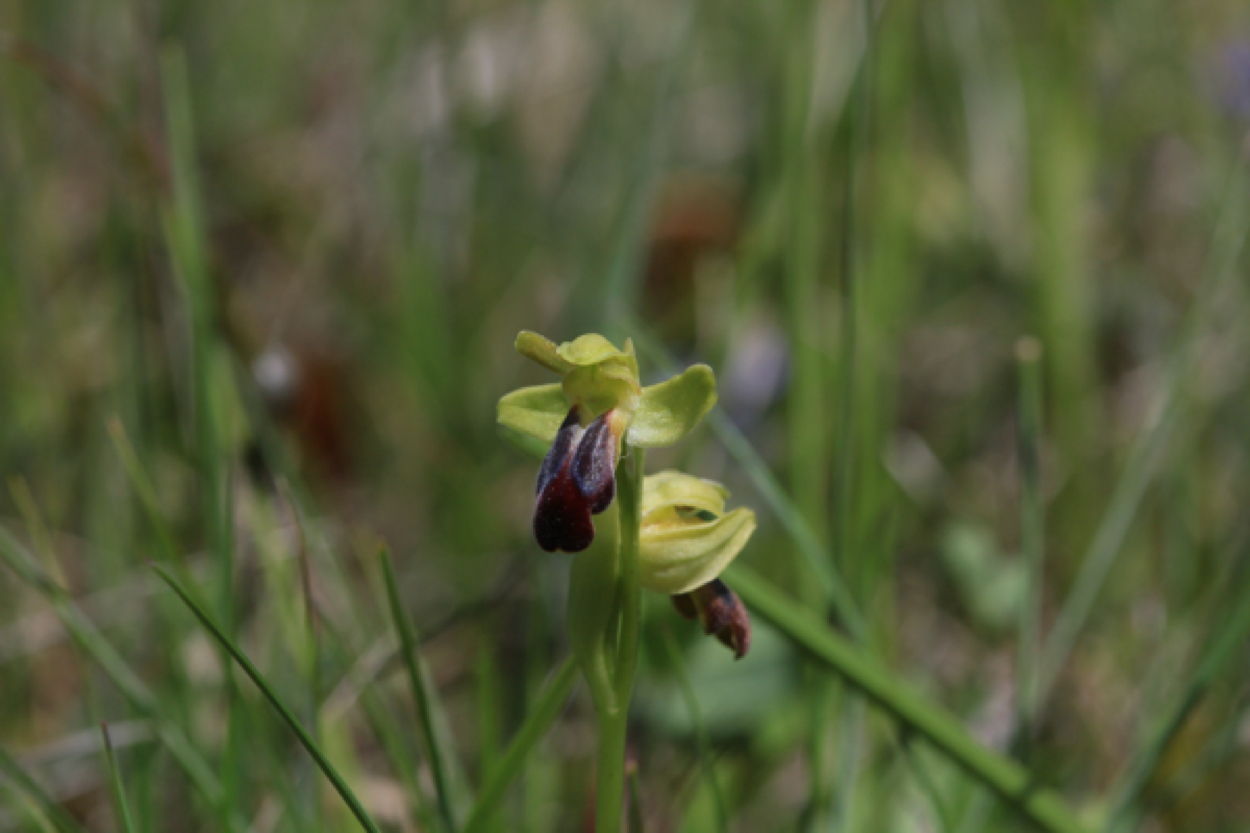 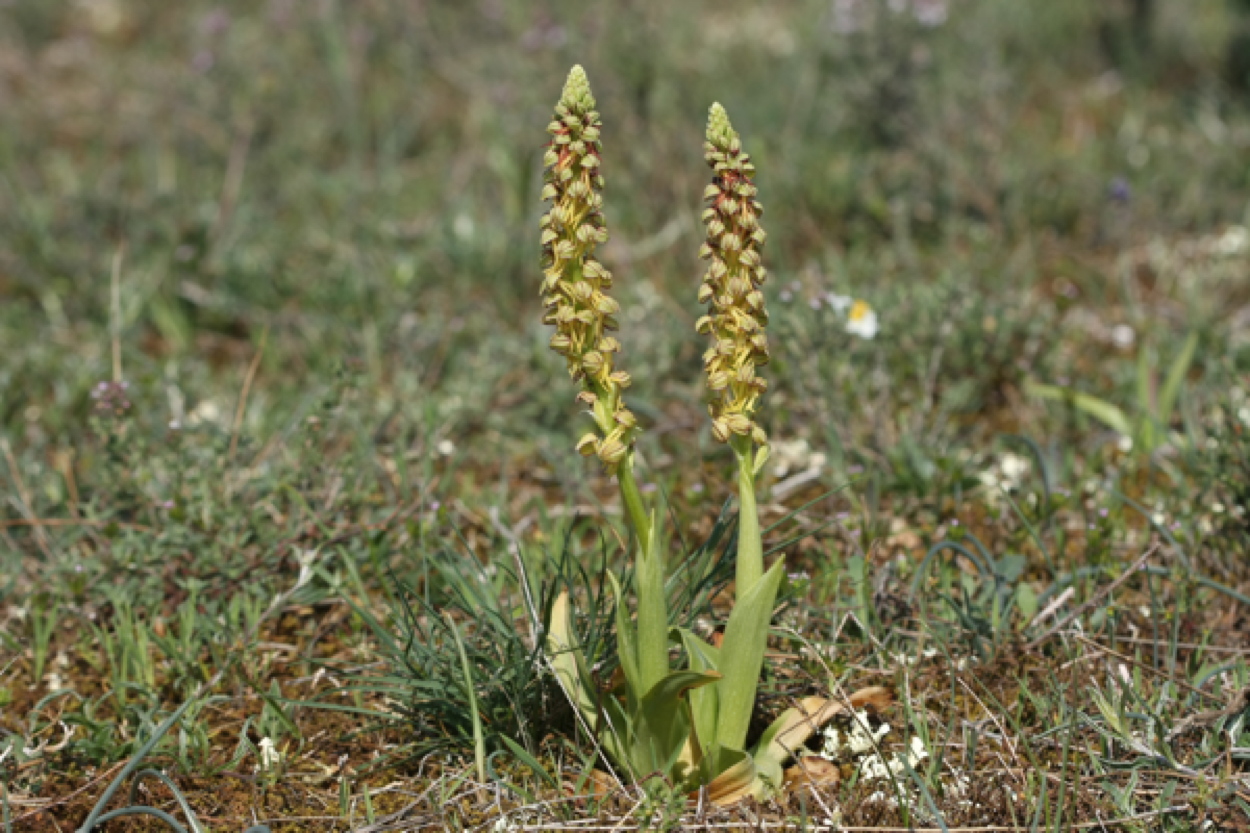 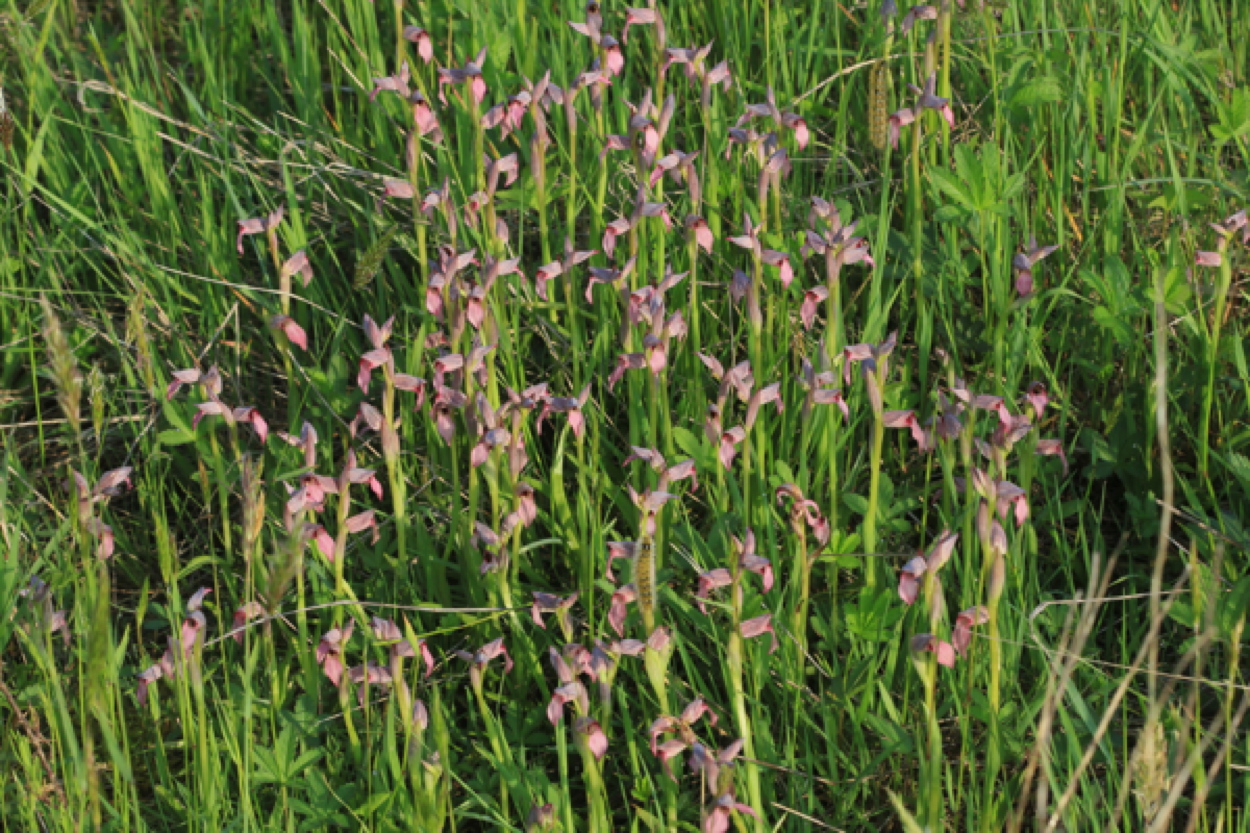 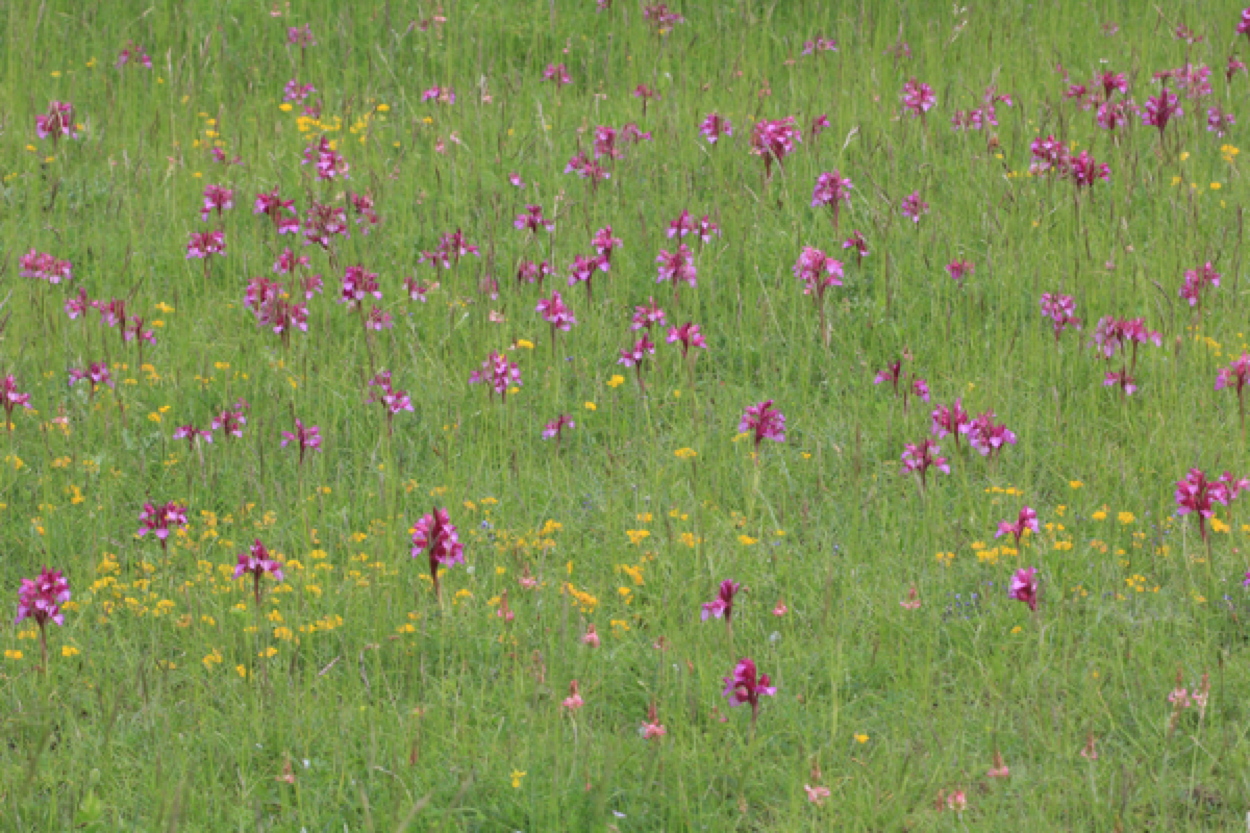 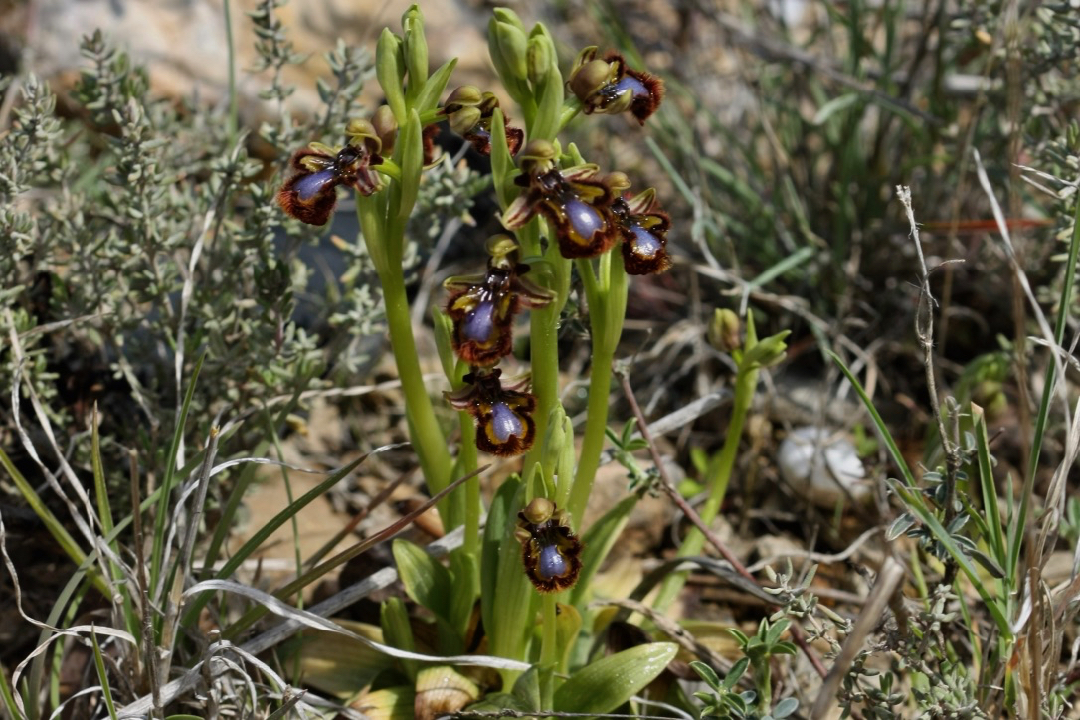 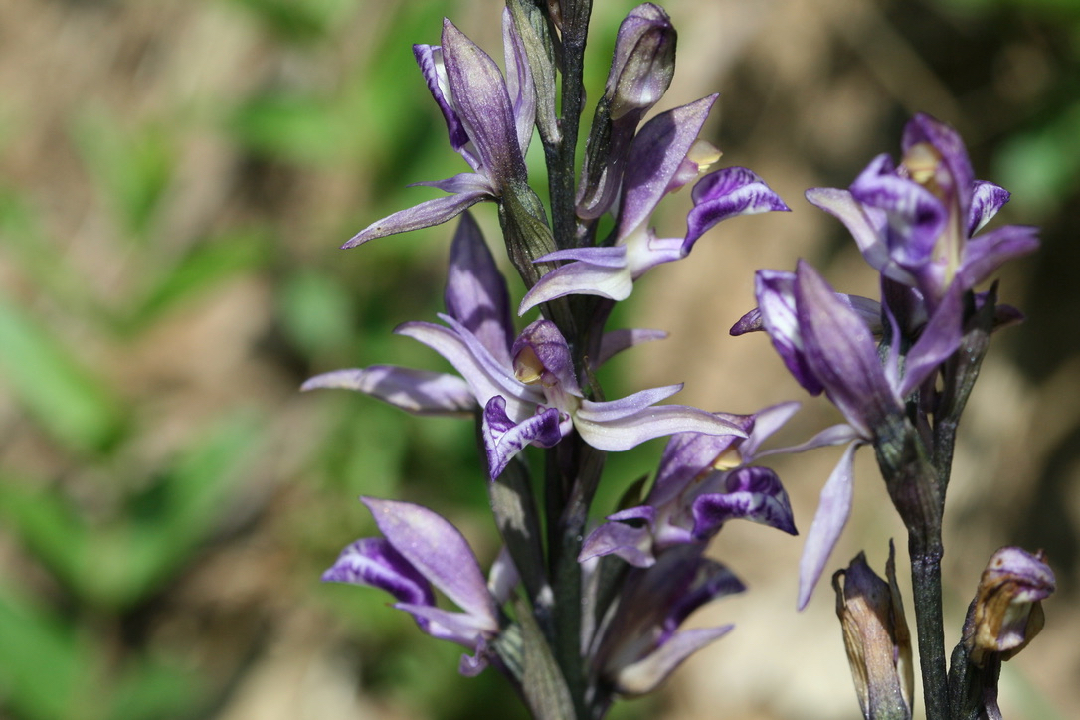 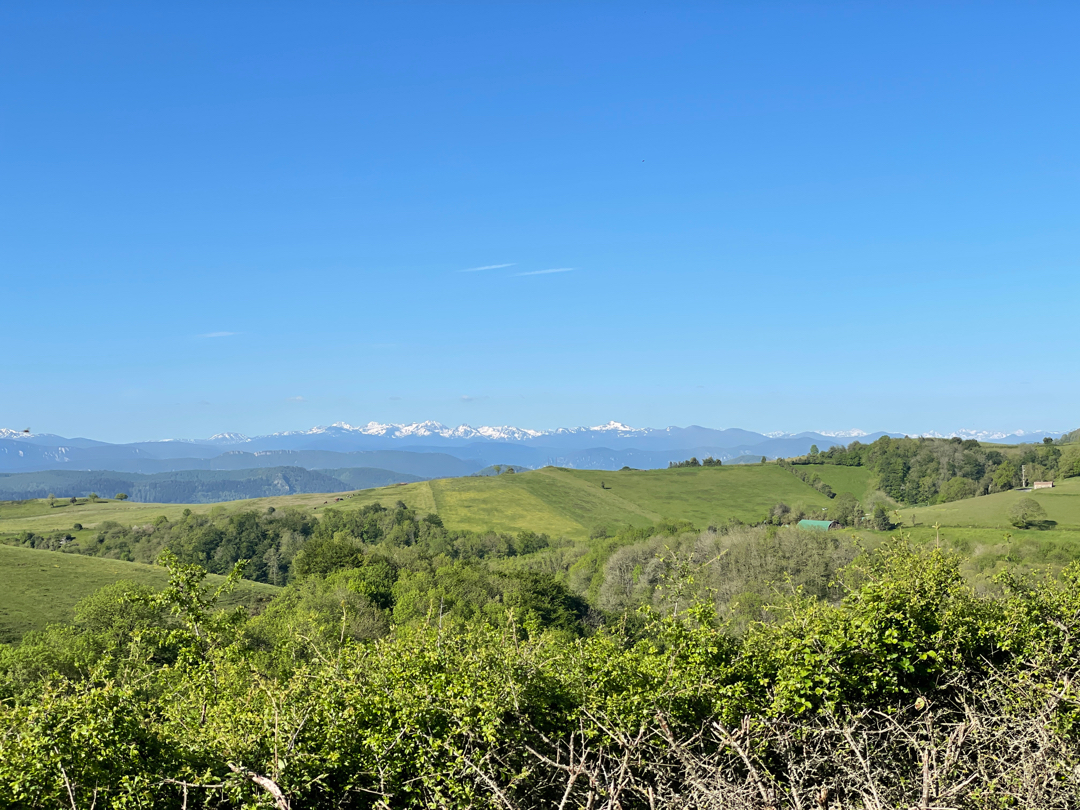 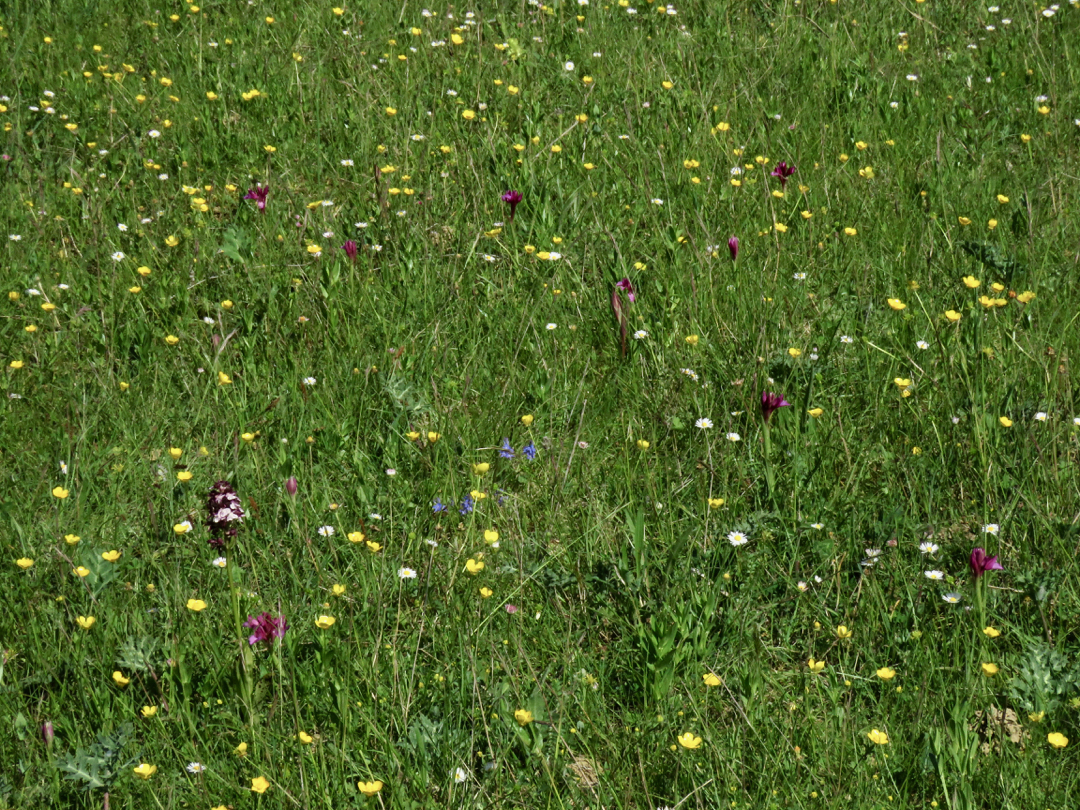 This trip has been developed in partnership with the Fédération Aude Claire and has been built around their specialist knowledge of the orchids of the Aude. 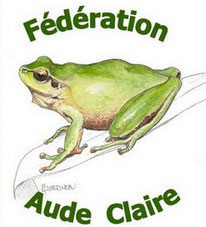 A unique opportunity to visit some of the top spots for wild orchids in the Aude county of southern France in the company of a local specialist! Our guide is also familiar with other wild flowers and is quite a butterfly expert too – so whilst orchids will be the main focus of the trip, we will also enjoy looking at other wildlife of the Aude. (see the Geology and species tab for more detail).

The trip will be hosted at the exceptional Grand Hôtel Moderne et Pigeon in Limoux – which has an award winning restaurant!
The hotel is a grand old dame the oldest parts of which date back to 1501… But rest assured it has been modernised 🙂
Perhaps we should be calling the trip a gourmet discovery of wild orchids in the Aude!!!

The programme may be modified to take advantage of weather and other variables.

This trip is Part One of a series to discover the extraordinary range and numbers of wild orchids in the Aude county.

Notable for its complex geology, this gives rise to a wide variety of natural landscapes stretching from the Mediterranean coastline and the low agricultural plains up to the high summits of the Pyrenees, via the folded strata of the Corbières and the Montagne Noire. An extensive network of water-courses has scoured valleys out of the hills, and these collect and channel the water down to lower altitudes and eventually to the sea.

This geo-environmental context has a considerable influence on the climate, which varies according to a number of influences, in particular Mediterranean and Montane. Collectively these conditions produce a quite remarkable level of biodiversity, including one of France’s widest ranges of flowering plants.

With its officially recorded 90 species of orchid, the Aude figures amongst the top three counties in France for the diversity of species. Many wild orchid fans, amateurs and specialists alike, visit the area each year, highlighting the particular attraction of this sought-after family of plants. Given the diversity of the area and the phenology of the different species, it is not surprising that many orchidophiles return year after year, always finding reasons to come back for more. We are already working on Part 2 of this series of trips to discover the Orchids of the Aude!

This is a brand new trip. Trip reports will become available after each trip.

Join us for the inaugural trip and be the first to write a review!

By train!
We offer a discount of 50€ if you come by train and choose the “low carbon birding” option!
It’s really quite easy and you get to see more of the beautiful French countryside.
There are various routes and one client travelled south via Paris and Bordeaux, returning north via Narbonne and Lille.
See the Getting here page in our DIY birding section, and do get in touch if you need any help!

See the links below for train times and bookings all the way through from London St Pancras to Narbonne.
We do recommend however, in order to avoid the stress of potential missed connections, that it is better to take the Eurostar to Paris the day before and then catch the TGV down to Narbonne the day the trip starts. We will pick you up at Narbonne train station. Timetables and tickets are available 3 months in advance. Or you can talk to your local travel agent to book your tickets through them!

By plane
Click on the links below for flight details and pricing (track the price to get the best deal!).

There will be a surcharge for transfers from/to the Gatwick flight. The amount will depend on how many people choose this route but is likely to be in the order of 30€ per person for a return journey

Other options may be available, please contact us with your preferred departure airport in the UK.

We recommend that you do NOT book your flights until the trip is confirmed! 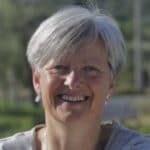 Like many Brits, Philippa has a keen interest in natural history and enjoys learning about the amazing birds and wildlife of the Languedoc. Resident in this lovely area for over 15 years, she now has a good working knowledge of where the best spots are for birds, flowers and other species and enjoys sharing these with interested visitors.
A background in project management and hospitality combined with a particular focus on customer service and being fully bilingual are all helpful skills for organising and hosting tours.